I have been working on trying to cut down the design of Web. Obviously features will need to be cut, but as a first step I really wanted to see if I could streamline the overview design doc into something significantly more digestible. It is clear from the amount of text of the previous docs that this design is simply too complex, and while the obvious solution is to break it down to its component parts, there had to be some way, at the highest level, that I could summarize it more nicely. In doing this simplification I realized that this game really isn’t right for table top. It will probably make a good browser based board game (ironically), but there are five components which I left out of/solved with the new design summary which were cluttering up the original board or making things too complicated. However, some of these components are still in the game, they just don’t need to be addressed in the design doc as they become back end systems (or too specific for the overview).

I’m still not too happy with the amount of text I have for the hidden pieces but overall it is looking much better and more digestible. I don’t look at it anymore and think, ‘Man, that’s overwhelming.’ Now I can make supplemental docs that explain the finer points of play to go along with this general overview: 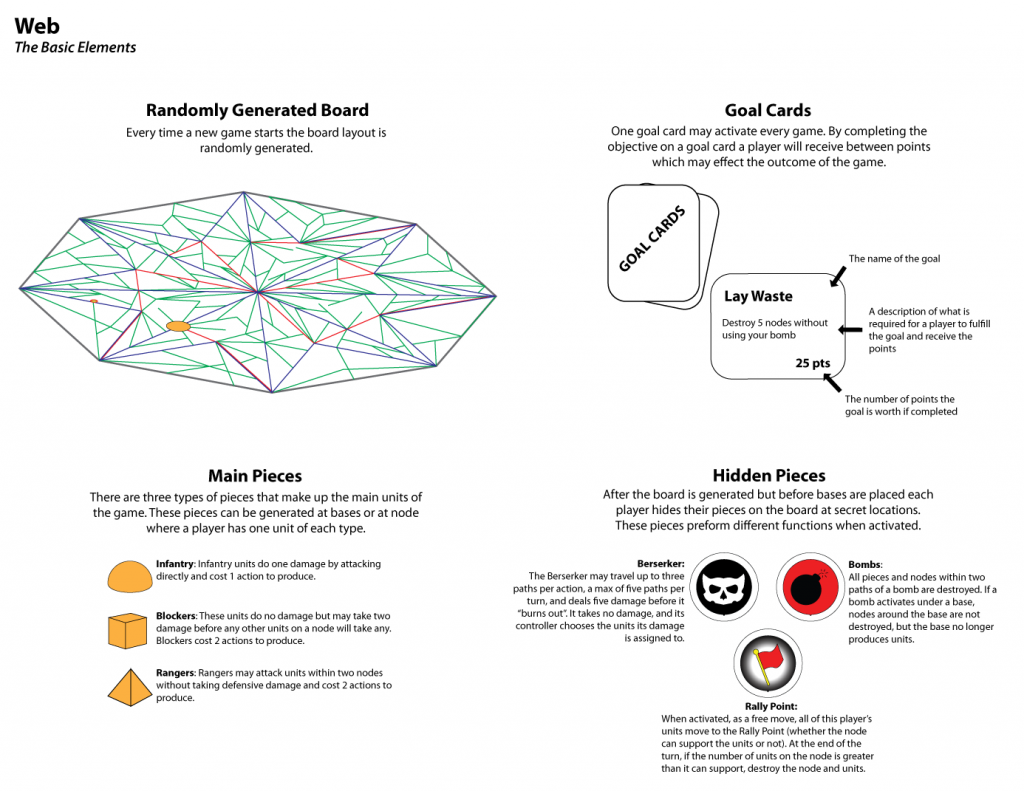 I will continue to do paper testing, work on the documentation, and see where this goes.