I was walking home with my roommate Ross a few days ago and he asked me, “If you were going to put a project on Kickstarter, what would you do?” My first thought was that I would get a team together and start making an RPG. I have some outlines, and  art for one I’ve been thinking about for several years now. But, then I thought, ‘Don’t be dense, start small.’ By the time we got home I had the beginnings of a board game in my head. I don’t know if this would be what I would put on Kickstarter, but it certainly is a good exercise for me right now.

I have been interested in a number of concepts that I think would make interesting elements in a strategy board game:

I started in on designing this game, which I have given the working title of Web, by deciding to try to do one page design docs. Because Ross works at Maxis and socializes with that group I have had some recent opportunities to meet and speak with Stone Librande. After being impressed by a board game we played at a party and some documentation I saw from Sim City, I started familiarizing myself with his work on one page design docs. I also attended his GDC talk, where he talked about many of the lessons he learned from trying to design a game with all the complexities of Sim City using one page design docs throughout the process. I have been really impressed with this process and have been trying to work this way with my recent design projects. Getting things onto one page and presenting them in an aesthetically pleasing way forces you to organize your ideas well. You get a real clear indication that your documentation might be too dense by just looking at the layout of your doc. I have found myself doing way more iterations of my one page docs than I have ever done on a written doc. And, to be honest I’m still not happy with them. But either I need to start using a bigger page (right now I’m using 8.5 x 11), or (more likely) I have a long way to go. I feel I’m getting better but I am nowhere near where I want to be yet. It is clear that this is a skill that takes time to cultivate and Stone has said this numerous times. I am posting my docs for Web (which might be better named Net, but I really need to find something that doesn’t actually remind me of the internet) below and you can click on the images to see them enlarged. I think though that I will be breaking at least two of these down even further and trying to make better use of the negative space across all of them. But, this is the first draft of the Web documentation (no theming yet really). Feedback is welcome:

Edit: There is too much text, the text has too go which means this system is too complex for the medium, which is obvious just from initial paper playtesting, and from the fact the text exists. 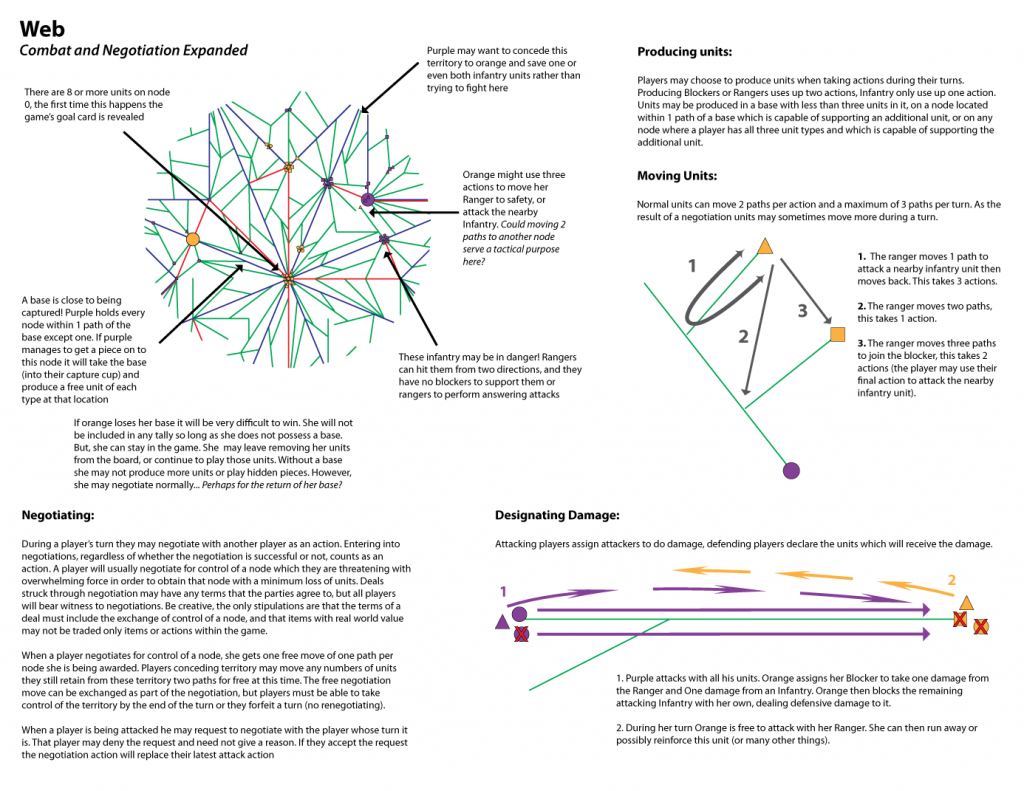 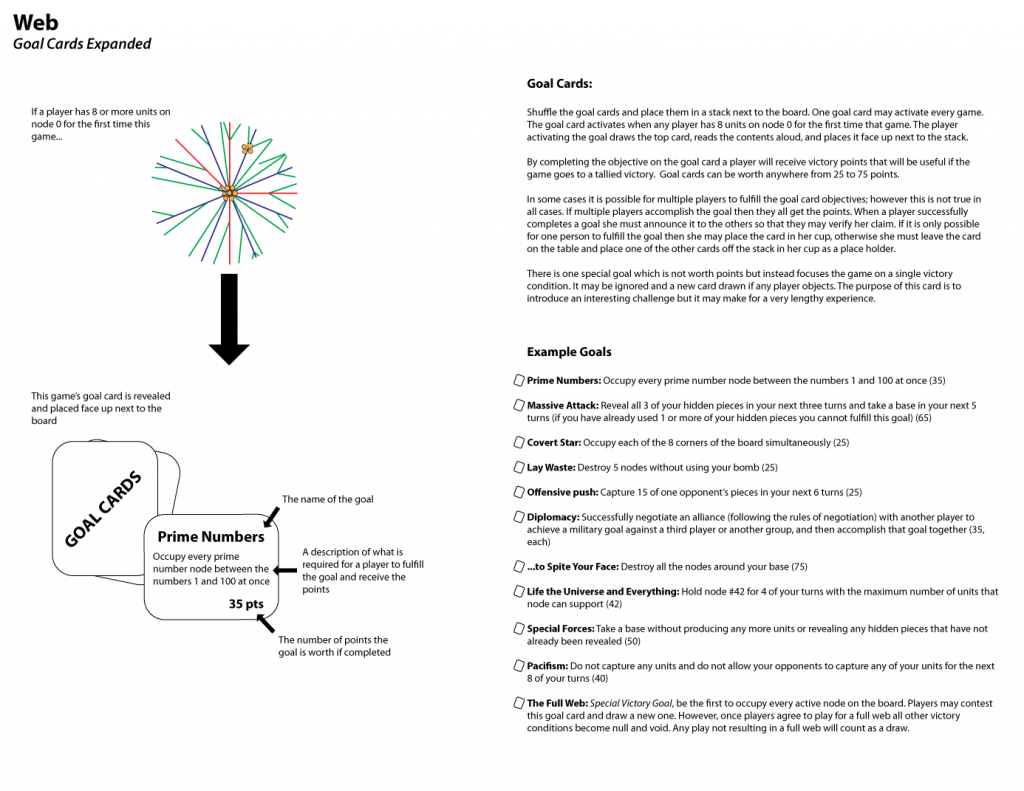 I have built a board and ordered pieces. Once I get a chance to playtest I’ll post some results and we’ll see how the game changes. Right now, untested, I’m thinking I will have to choose 2 of my core design goals to focus on and cut the rest, but we’ll see how it goes.

As an added bonus for getting this far in the post I am linking you directly to Stone’s printable Garbage Flow Stickers. I think it would make him happy to know people were out there sticking them in random places, it would sure make me happy.